Ireland is a beautiful country with a rich history, full of friendly people and stunning sights. People from all over the world travel to the Emerald Isle to see the Cliffs of Moher and sip on fresh pints of Guinness. However, a patchwork of insanely narrow backroads criss-cross the landscape; these glorified sidewalks can leave you (and your rental car) stuck in a ditch. So, if you’re planning a trip to Ireland, make sure to get rental car insurance.

I know this because I speak from experience.

Here’s the story about how I wrecked our rental car and basically ruined our honeymoon.

Everything is Backwards, and I’m Scared

In 2014, Tiffany and I married in Vermont, where we lived at the time. After the wedding, her best friend asked us if we wanted to go to Ireland with her husband and a group of their friends. We immediately said yes. It would be Tiffany’s first trip abroad and our first international trip together. The excitement level was high. 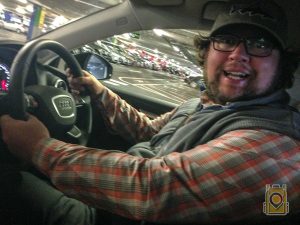 John looking nervous behind the wheel

Upon arriving in Dublin, we gathered our luggage and groggily headed for the rental cars. For some reason, the company upgraded us to a slick little Audi sedan. It was slightly fancier than either of our vehicles back home, which immediately gave me pause because I’m not exactly the world’s best driver to begin with. Throw in the fact that I would be driving on the opposite side of the road, and this was a recipe for disaster.

At Least the First 90 Minutes Were Nice

After gingerly navigating the parking garage at the airport, I made it out onto the highway. Although I was exhausted, it was exhilarating to be coasting through the rolling Irish countryside. Thankfully, the traffic was light that morning and I managed to get the hang of driving on the left side of the road.

Or so I thought.

The first stop on the adventure was Lough Tay in the Wicklow Mountains. This absolutely gorgeous lake sits due south of Dublin but feels worlds away from the big city. I’ve been around plenty of bodies of water, but this one was unique; its dark, peaty water contrasted with the white sandy beach on its edge. Thanks to its oval shape, Lough Tay looked like a top-down view of a pint of stout, which is why many people also call it Guinness Lake.

A panoramic view of Lough Tay in the Wicklow Mountains, as seen from the Military Road above—just a few hundred meters from where I wrecked the car

We didn’t see a single other person there, which was nice. Especially because the winding road leading to the overlook seemed to be about five feet wide. I may be exaggerating, but not by much. After spending a few moments admiring the view and taking some photos, we decided to push on.

The Admission of Guilt

As I admitted above, I’m a terrible driver. Over the years, I’ve managed to completely destroy or partially maim an amazing amount of vehicles. A tiny sampling of my best work:

But this was different. It was my first time driving in a foreign country (Canada doesn’t count here) and I was laser-focused on not doing anything stupid. Again.

What I didn’t account for was a giant van barreling toward us at an ungodly speed on a tiny road while I was driving on the wrong side of it.

The whole thing was over extremely quickly. One second we were on the road, and the next we were sitting in a ditch with a large chunk of the car’s front quarter panel staring back at us from the embankment.

We immediately assumed that we were going to be liable for an insane amount of damage. That’s when the worrying started.

“What if they make us pay for the whole thing?” Tiffany asked.

I gave her my typical response in tense situations: “It’s fine. We’re all fine here.”

But I wasn’t so sure.

What began as an exciting trip to a new country quickly turned into days upon days of stressful conversations, with no real way of finding an answer until we returned the car. Of course, the fact that we ended up going way over our vacation budget, didn’t have an international cell phone plan, and also tried to tack on a visit to England at the end of the trip contributed to the stress levels, but the flashpoint was certainly the wreck.

Before we left for our trip, everything that we read said that Ireland rental car insurance was necessary. Thankfully, we heeded that advice and got the insurance. The only problem was we weren’t exactly sure how much damage the insurance covered, and naturally we assumed the worst.

After tossing the broken piece of the car into the trunk, we carried on, extremely wary of what was to come. At times, the tension was high, and other times we were able to relax and enjoy ourselves. That typically coincided with a few pints or an especially delicious shepherd’s pie. As the Ireland portion of our trek wound down, we dreaded returning the vehicle perhaps more than anything we had done together at that point in our lives.

The day we dropped the car off, I pulled into the lot with a knot in my stomach. We grabbed our luggage out of the back and steeled ourselves for an intense conversation. The attendant walked over and immediately noticed the damage.

“We had a little bit of an accident,” I said, probably not looking him in the eyes.

“This? This is nothing,” he replied with a slight Irish brogue. “You should see what some of these people bring back in.”

And that was that. We didn’t have to pay for anything aside from the policy, which was extremely inexpensive. All of the nail-biting and teeth-gnashing over the wreck was for naught. As we prepared to leave Ireland and hop on the ferry to England with little money to spend and no way of getting all that time back we lost worrying, we had some long discussions about how we wanted to travel from that point forward.

Essentially, Tiffany decided that she would plan our trips for the rest of our lives, which was an excellent first step. We then promised ourselves we wouldn’t get bent out of shape if something like this happened again. So far, so good.

The moral of this story is a simple one: Ireland rental car insurance is non-negotiable. It just may save your marriage. 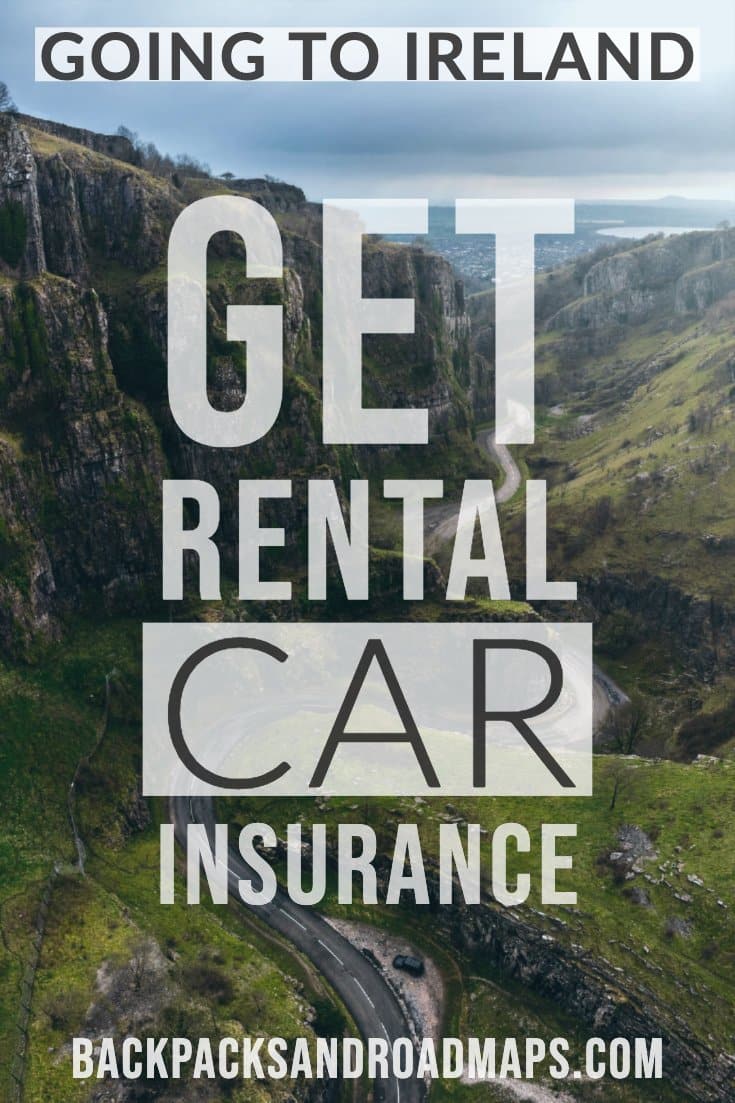