In 2004, both Tiffany and I lived in central Florida. However, we wouldn’t actually meet for another five years, when we both lived in Tennessee. But the chance remains that our paths may have crossed all those years ago. This time we get to visit together AND swim with manatees in Florida!

While Tiffany was attending the University of Central Florida, I was busy working for the Brevard County Manatees. They were the single-A affiliate of the Montreal Expos Major League Baseball team.

At the time, the closest I ever got to actually seeing a manatee was when I had to wear the Manny the Manatee costume at a local parade. While throwing candy to onlookers, the giant, wobbly manatee head flew off of my own, causing several children to scream and me to duck for cover in the bed of a pickup truck.

Now, 15 years later, I can say I swam with some real manatees in Florida. And saw some semi-wild monkeys. And nearly lost a leg while sinking a kayak in a gator-filled spring. You know, the usual stuff.

Florida was one of the first places Tiffany and I wanted to visit after another long winter in Montana. Tiff still has some close friends in the Ocala and Orlando areas, and I just grew tired of shoveling snow. (Tiffany will tell you she shoveled it more often than I did. And she would be right. But I will still complain about it.)

One thing I didn’t realize about central Florida is its abundance of beautiful springs. When the opportunity arose for us to spend some time down here and visit some of the springs aboard the McCollum family’s boat, we jumped at the chance. One thing Tiffany was most excited about was the opportunity to swim with manatees in Florida.

The McCollums are Tiffany’s oldest and dearest friends. Meghan was Tiffany’s best friend growing up, and her parents, John and Dee, were like second parents. Now that Tiffany and Meghan are both married to men named John (me!) and Jon, respectively, we had a whole lot of Johns/Jons to deal with. But we wouldn’t let that stop us from having a good time.

The first spring we visited was Crystal River, on the Gulf coast. This is the semi-touristy area known for its manatee preserve and numerous paid tours to see these gentle giants. With our own boat and own snorkle gear, we set our own schedule and had an amazing time seeing manatees in their habitat. Sure, most of the manatees sat motionless in designated “safe zones,” but it was still really cool to see them underwater and up close.

The Monkeys of Silver Springs

The next day, we decided to take the boat out on Silver Springs, closer to Ocala. Before we left the dock, I was warned about the monkeys running wild in the area. Wait. What? Florida has monkeys? Well, sort of. Back in the 1930s and ’40s, when Johnny Weissmuller filmed his epic “Tarzan” movies, they apparently shot in Silver Springs. During the filming, some of the monkeys escaped and have since propagated in the area.

“We may not see any monkeys, though,” they said.

Within the first 15 minutes, we saw dozens of monkeys swinging through the trees, running along the banks, and generally wreaking havoc as we passed by. Thankfully, I had my camera set up to shoot and caught a few photos of some of the now semi-wild rhesus monkeys. This youngster below bears a striking resemblance to some of my baby photos. I think I’m paying both of us a compliment with that statement.

Naturally, we saw a boatload of gators as well:

And some pretty awe-inspiring cypress trees:

How John Almost Sunk a Kayak

Recently, a friend said that I have more “surface area” than other people. I believe that was a very nice way of saying that I’m somewhat overweight. Which is true. And never has this been more apparent than on our kayaking (mis-)adventure at Wekiwa Springs.

I’ve been in kayaks before. Several times, even. But I’ve never been on a small, sit-on-top rental kayak. Naturally, I assumed it would keep me afloat. This was my mistake.

Pro Tip: Read the weight limit on a kayak before setting off into a gator-infested swampland.

Things started very well, actually. The weather cooperated, we had a nice conversation on the drive to the park, and Tiffany and I got our rentals ready to go.

Then things got a little dicey.

About 500 yards from the launch, I noticed that my kayak was sitting dangerously low in the water.

This isn’t normal, I thought. But as long as I don’t paddle too hard, I’ll be fine. We’re all fine here.

Then we turned up a small, shallow channel with a decent current. This necessitated some invigorated paddling on my end. Which led to the back end of my kayak slowly filling up with water. Nothing of value was back there, except for my unreasonably expensive camera. (It was in a dry bag, but I don’t know if I would totally trust one to what has become another appendage at this point.)

Meghan’s husband Jon, noticing my distress, valiantly offered to switch kayaks with me. I have probably 100 pounds on him, so this very much made sense. He paddled to shore and got out of his personal river kayak and waited for me to glide over in my shoddy, slowly sinking rental.

That was the easy part.

So, I could see the bottom of the spring. The water is super clear, after all. I figured the best thing for me to do would be to hop out of the kayak and walk ashore. However, when I jumped out, my left foot sank about 18 inches into some of the nastiest muck I’ve ever had the displeasure of encountering.

I struggled to free my flip-flopped foot and leg for a good 30 seconds. Once I broke free, I collapsed back into my waterlogged kayak nearly out of breath. Then I gracefully attempted to balance, only to shove one side of the kayak completely underwater, letting even more water in.

Eventually, after a long string of curse words and a constant stream of sweat rolling down my face, I made it into Jon’s kayak and swore off kayaking for the rest of my life, well, that is until we visited Key Largo, Florida, a few days later. 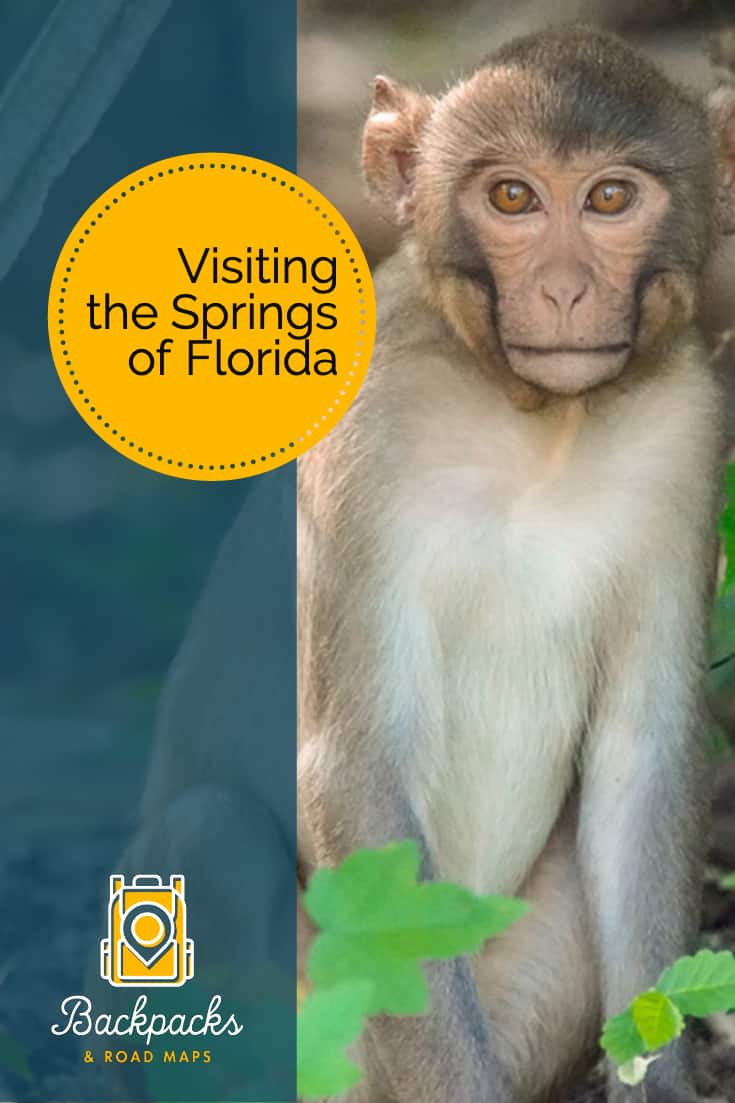