Meow Wolf and the House of Eternal Return

I’ve never done hallucinogenic drugs (though I’ve thought about it), so this is the closest thing I’ve ever had to a drug-induced trip through time and space. In short, it is a wild experience.

There’s no great way of capturing this experience in words, in photos, or even on video. Vivid dreams come to life. The fantastic becomes real. You honestly just have to go there and see it all for yourself. That being said, we’re going to do our best to give you an idea of just how surreal the House of Eternal Return truly feels.

Just outside of downtown, Meow Wolf’s complex sits in a small, nondescript industrial area not too far from a Wal-Mart. As Tiffany and I pulled into the parking lot and saw a giant red robot sniffing a flower, I got excited. My love/healthy fear of robots is well documented. We wondered how this all came to be. Naturally, we turned to the internet for answers.

We learned that Meow Wolf is an artistic collective founded in 2008 in Santa Fe with the goal of providing the community alternative art exhibits and music venues. In 2016, the group opened its first complex. With a financial assist from famed Santa Fe resident George R. R. Martin, the facility opened to rave reviews. The 20,000-square foot House of Eternal Return stands as its centerpiece.

From the outside, you quickly determine that your visit here will be unique. Aside from the red robot, a gigantic wire spider hovers over the parking lot, peering down at cars. Children and families are very much encouraged. On the day Tiffany and I went, several school buses of children filled the place to the brim.

With each item, Meow Wolf encourages visitors to interact. Whatever it is, you can pick it up. Read it. Touch it. Every room harbors secrets to the mystery or passageways to parallel dimensions. Sometimes both.

Lights, sounds, and colors blur the lines between art and life.

In the kitchen, the refrigerator opens into an inter-dimensional jump station. Slide into the dryer and emerge into a glimmering, metallic blue chamber. Think that bookcase in the bedroom is just a shelf? Think again. Open it and disappear into an alternate reality.

It’s so trippy that rapper T-Pain recently filmed a music video there. Which is awesome.

A day after exploring Santa Fe’s culinary scene, Tiffany and I enjoyed checking out the multitude of portals ourselves. We walked around with our mouths agape. Around every corner, something else grabbed our attention.

Everything is interactive. For instance, large, fuzzy creatures blinked their eyes at us as we walked by. Similarly, the rib bones of a woolly mammoth served as keys to a prehistoric xylophone. As we walked into the house, visitors emerged from the fireplace and streamed out of a secret door under the staircase.

Clues abound. However, the mystery confuses. In each room, symbols and numbers seem placed with care. Nothing is as it seems. Figuring out the mystery serves as the narrative, but it’s just as much fun to simply try and take in every sight and sound.

Tiffany and I quickly lost track of the mystery. We fancy ourselves detectives, thanks to our addiction to true-crime podcasts, but once we descended a spiral staircase into what looked like a couch melting into the ground, we decided to just have fun with it. Plus, the absolute attention to detail in this places means that you could easily spend a full day reading documents, turning dials, and decoding signs without making any progress.

Seriously, everything is done with ample amounts of care. Hundreds of handwritten documents litter the rooms of the house. There is no telling how long it took to put those together, let alone craft the intricate world that awaits in the other dimensions.

Meow Wolf: When to Go

Naturally, Meow Wolf is a popular destination in Santa Fe. We went early on a weekday, yet the parking lot teemed with vehicles. I’m honestly not sure if there’s a “good” time to go in order to avoid the crowds. During the week in the middle of February seemed like a good bet, but we felt that some areas were still too crowded.

Mondays, Wednesdays, Thursdays, and Sundays, the complex is open from 10am until 8pm. It stays open until 10pm on Fridays and Saturdays. Our advice would be to go early and stay late, in order to fully experience everything Meow Wolf has to offer. Additionally, Meow Wolf routinely hosts concerts and events after hours. Check the schedule to see who might be playing if that seems up your alley.

Also, we would highly recommend buying tickets ahead of time. The lines can get long pretty quickly, so purchasing tickets online can save some time.

If, for some reason, I ever got my hands on some magic mushrooms, Meow Wolf’s House of Eternal Return would be a place I would avoid like the plague. It is already so otherworldly that no drugs are necessary to feel like you’re in an altered state of reality.

All that being said, this is a must-visit place. It doesn’t matter if Santa Fe isn’t on your itinerary, if you find yourself within driving distance of this sleepy mountain town, do yourself a favor and head to Meow Wolf. Just leave the hallucinogens at home. 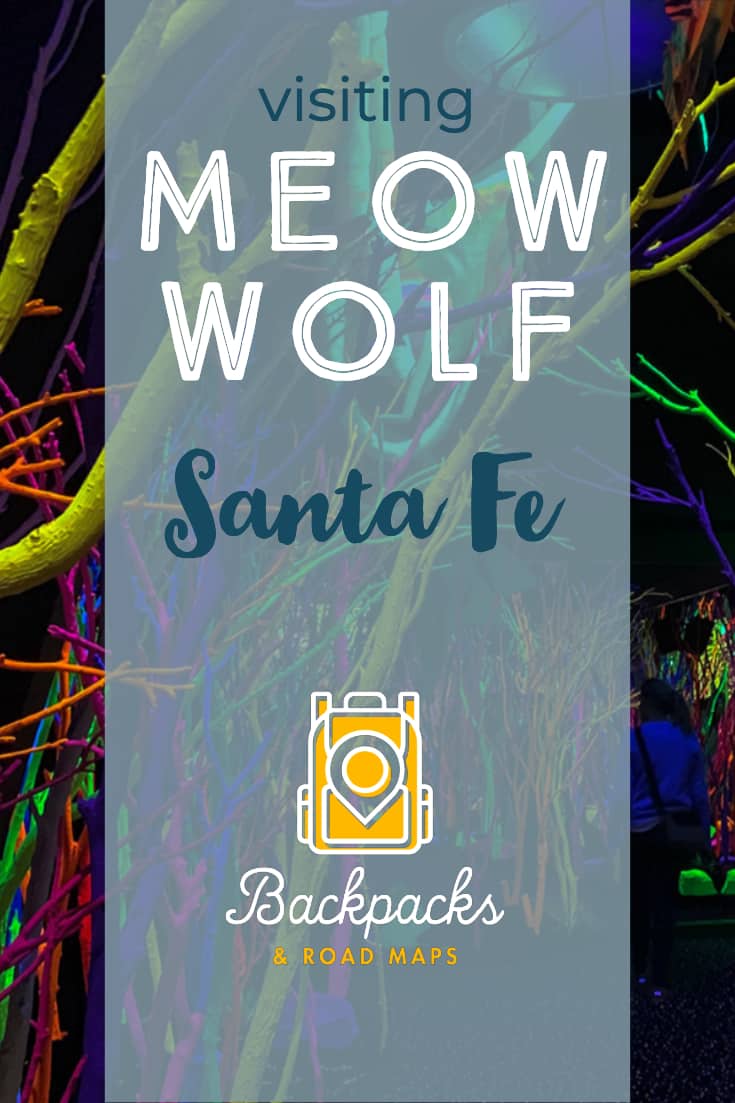