When I was a kid, growing up in Wyoming, I was obsessed with dinosaurs. I read Ranger Rick’s Dinosaur Book from cover to cover dozens of times. From Tyrannosaurus Rex to Triceratops, dinosaurs engulfed my pre-teen life. As I grew older, my interests evolved, but dinosaurs never left my purview. I knew visiting Dinosaur National Monument, Utah was a must on this trip.

In 2008, while living in a Seattle apartment with a college friend from South Carolina, I wrote and recorded a song about dinosaurs, creatively called “DINOSAURS!” I eventually uploaded it to iTunes where I’ve sold upwards of 10 tracks. Several years later, I ended up animating a video for the song, which made its way to YouTube. It took me the better part of 30 hours to put together, which is insane. You can see my dinosaur obsession in full bloom here:

Many years ago, my family and I visited Dinosaur National Monument, Utah. I vaguely recall seeing the bones in the quarry wall sticking out like suspended fruit in a gross Jello mold. Naturally, since Tiff and I have decided to see the country in our converted camper van, Dinosaur was high on my list of places to visit again. This time as an adult. (Debatable.)

Declared a national monument in 1915, the main draw for the park is, unquestionably, the fossil wall in the Quarry Building. An exposed rock face features the fossilized remains of Stegosaurus, Allosaurus, and Diplodocus, among others.

We visited the Quarry in late February, which was awesome, because there was hardly anyone else there. We had free rein to explore the Quarry without interruption. Visiting in the off-season provides you with that opportunity, but it also means you’ll contend with the weather and shortened visiting hours. If you’re at all interested in seeing actual proof of dinosaurs (sorry, Carl Everett) then this is the place for you. It also has a ton of very educational displays and helpful rangers that make it a perfect place for children to learn about the best—and biggest—creatures to ever roam the planet.

Unfortunately, due to the time of year we visited, the weather wasn’t extremely cooperative and we missed out on exploring the diverse landscape at Dinosaur National Monument, Utah. During the spring, summer, and fall, Dinosaur provides outdoor enthusiasts with ample opportunities to camp, hike, backpack, and river raft. The Green and Yampa Rivers both cross through the park, with rapids up to Class IV on the Green. Hopefully when the weather’s nicer, we’ll be able to check out some of the more outdoorsy activities.

Dinosaur National Monument: Getting There

Located on the border of northwest Colorado and eastern Utah, the best course of action is to set your sights to Jensen, Utah, and go from there. It’s a scenic drive from just about anywhere, and is fairly accessible from both Denver and Salt Lake City. Make sure to stop in Vernal, Utah, as well. As one might expect, there are plenty of roadside dinosaur statues, including one T-Rex that is decorated seasonally. It had a bow and arrow and hearts for Valentine’s Day when we passed through.

Visiting the Quarry is a must, and if you’re people-averse, checking it out in the off-season is the way to go. However, if you’d rather do some backcountry exploring and possibly break a leg on a whitewater trip, make sure to visit in the summer so that you’re not dodging snowflakes. We really enjoyed ourselves, even though we didn’t spend a ton of time there.

When you’re as obsessed with dinosaurs as I am, it’s truly a destination to visit. And even if you’re not, it’s still pretty cool. 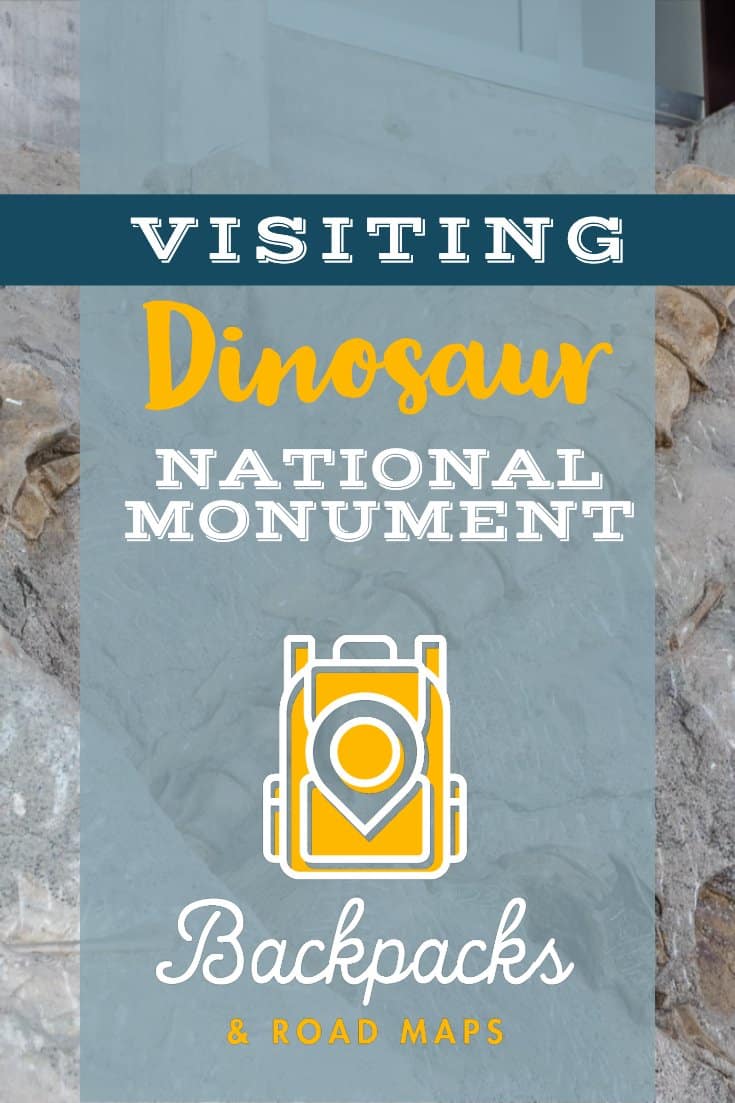 DON'T MISS OUT ON OUR NEWSLETTER!